An extraordinary convention of the LODGE!

Emerged from the ashes of the legendary Garden Of Delight - and the similarity ends here - Merciful Nuns has becoming a unique genre in itself. For more than a decade - both in studio and live - the Berlin based band have retrieved what made early sinister music vibrate in all their natural force at a time when the blurred line between Post-Punk and Goth Rock still enabled a healthy mutual transfer. Nevertheless, their approach to that essential spirit is much polished and modern. Merciful Nuns galvanizes us to scan whether inwardly or beyond in search for clues upon which to base our own views on the ages-old human questions, either taking us on wondrous exoplanetary journeys through eerily serene sound realms or on ulterior odysseys across weird dimensions where mythology, remoteness and occult meet, or yet by sending us to raptures with anthemic rushes of gloomy rock. No other band has covered so much ground within the Goth realm in such a short time. Merciful Nuns is an insatiable beast, as its prolific - yet compelling - output has demonstrated since 2010. No less than 10 albums, 6 EPs and 2 live recordings form their rich musical legacy. They played upon all so called Goth related Festivals several times, most of them on Head- or Coheadliner positions all over the world! Four years after their last full time album ANOMALY Artaud, Jawa and Jón will be back with a new album in 2022: KVLTAN!

The whisper of spirits mingles with the singing of witches who reveal their self in the dark-graceful dance. Sadness, pain, longing become hope, waiting with a smug smile for the lost ones. And LA SCALTRA is the gateway there.

LA SCALTRA are on their journey - unadorned text passages meet lovely melodies and enchanting voices, Aeleth and Dae sing about pain, life, love, sometimes Dae's delicate voice suggests a sense of security, then the deep voice of Aeleth meets the heart. The hexal recipe of LA SCALTRA: Take cinematic and musical inspirations from several epochs to your own demons and the undestroyable belief in cosmic energies and the magic of nature and craft the Gloomy Witch Wave - gloomy-danceable and thoughtful Gothic Rock with sinister guitars and Wave elements - that's how it sounds when witches make music in the 21st century.

YOUR LIFE ON HOLD

Driven by this ‘burning’ restlessness, YOUR LIFE ON HOLD is the melancholic but consoling soundtrack to a life of solitude and loss. The music expresses the inner torments when life gets stuck in sorrow and despair. But it also wants to comfort the troubled soul and soothe the consuming feeling of desolation. A gothic rock sound seemed like natural and fitting to express the melancholic and gloomy narrative of YOUR LIFE ON HOLD. Dreamy and atmospheric guitars inject brightness and colours into the dark compositions, while a tight and solid rock sound sometimes turns the melancholy into an angry harder wall of sound. Therefore we like to call it ‘post goth’, because of the rich array of influences and textures, bringing the classic gothic rock sound to a new level.

Sweet Ermengarde is a gothic rock project from Germany’s Rhine-Ruhr region reflecting the 1980’s British doom and gloom in all its finery. By injecting other musical influences, ranging from ‘70s progressive rock, psychedelia, dark ambient and early postpunk the project is far from being a mere reproduction of the past. Sweet Ermengarde transpose their musical roots, in the shape of visceral and energetic sonics, into the heart of the drab 2020s: dark and atmospherically dense – ethereal, yet energetic soundscapes with plaintive foggy guitars, trance-inducing drums and driving bass. 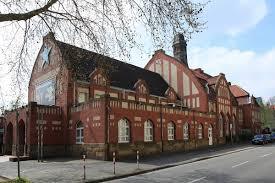 Browse these categories as well: MERCIFUL NUNS, LA SCALTRA, YOUR LIFE ON HOLD